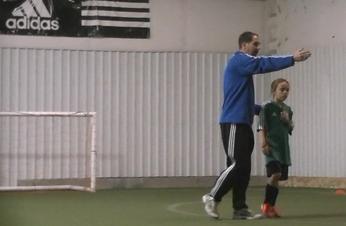 February is "Heart Health Month."  This year, it means so much more to me, now that I'm almost three months out from my open heart surgery.  My entire world has changed, and there's no way that I can avoid being cliche' about it.  I value every day, every moment and every breathe that I am able to take thanks to talents of people who cared for me during this journey.

My diagnoses came in November, at the beginning of our Thanksgiving vacation.  My heart was racing and just wouldn't slow down.  This was something called Atrial Flutter.  A few days later, a cardiologist at Medical Center of Aurora performed an ablation procedure and in the process of prepping for this, they performed an echocardiagram which revealed I had a 3.8 centimeter defect (hole) in atrial septum my heart.  An Atrial Septum Defect (ASD) is apparently pretty common among kids.  Not so much in adults.  I became an anomoly.

We began looking into solutions, which meant surgery.  The question was where and how would the surgery be done and we spent about a week stewing over it before we settled on treatment from UC Health in Aurora.  We met with a cardiologist who worked as part of a massive team of sugeons, doctors, electro-physiologists, nurses and physicians assistants who would now be in charge of my care.

THE OLDEST GUY ON THE WARD

The interesting thing is that though the team worked through the UC Health system, their preference was to do the procedure at Children's Hospital.  I spent a couple days in the ICU, was upgraded into the CCU and then put back in the ICU when some problems occured.  I was finally back in the CCU around January 1st, and released after about a week.  For that seven days I was the oldest patient at Children's, and I have to say that the care was exceptional.  After my discharge, my wife was pulling the car around when I was taking a breather on one of the couches in the lobby.  We had just wheeled a red wagon full of my things when I encounted some intesting looks from families as I walked by.  I'm sure that they were thinking, "Look at that old guy, making off with some child's little red wagon."

Gratitude has always been important to me, but so much more so now.  I so appreciate not only my own family, but also for the families of Lewis-Palmer High School Boys' Soccer who prepared food for us. We are thankful for the faculty at LP for the thoughtful cards, the gift-cards and even more food.  We were blown away by the compassion shown to us from everyone.  Many thanks to all!

Brian Barkey is a three time, Pikes Peak Athletic Conference Coach of the Year and was selected in December as the Colorado Springs Gazette Coach of the Year.  He has also been the 4A CHSAA Co-Coach of the Year (94) and was twice selected as the Jefferson County Coach of the Year.  His Lewis-Palmer High School career includes 8 trips to the CHSAA 4A State Tournament out of 9 years including a trip to the 2019 4A Final Four.  The LPHS Boys Team had a fourteen game winning streak and won a PPAC Championship conceding only one goal in conference play.

As a Colorado Teaching License Certificate holder since 1992, I specialize in the instruction of Art to Kindergarten through 12th grade.  Leverage over a decade of experience working in alternative education.

For more information, email me at:

Commission me to create an original piece of art for your home or office.   Need a unique greeting card?  Let's create something special for a loved one. 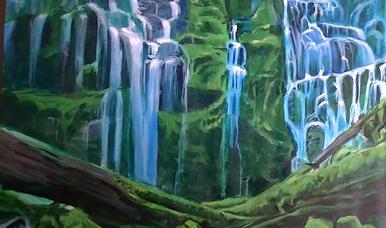 Email Me
Email Me 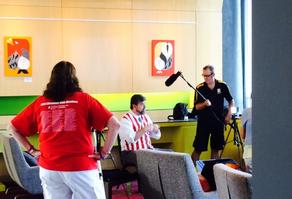 WHY DRAW ON A WHITE STARBUCKS CUP?  I'M ATTRACTED TO THE WHITE SPACES BETWEEN THE TRADEMARKS AND LOGOS.  I FEEL LIKE IT'S JUST WANTING SOMEONE TO DOODLE ON IT... 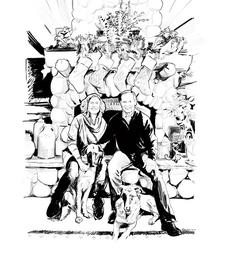 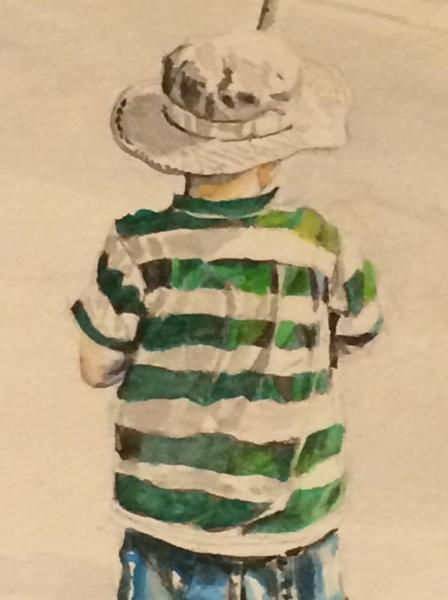 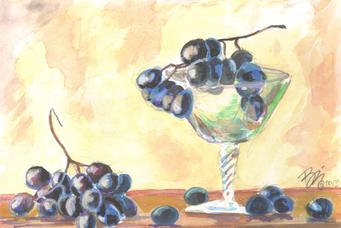 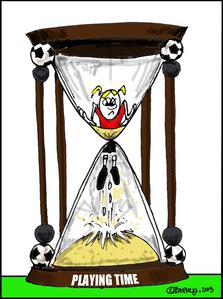 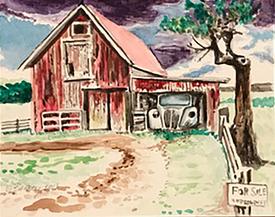 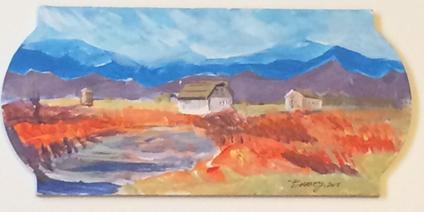 "THIS IS OPTIONS 38" WEB SERIES 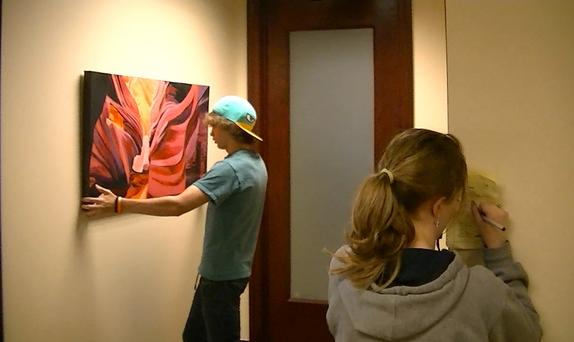 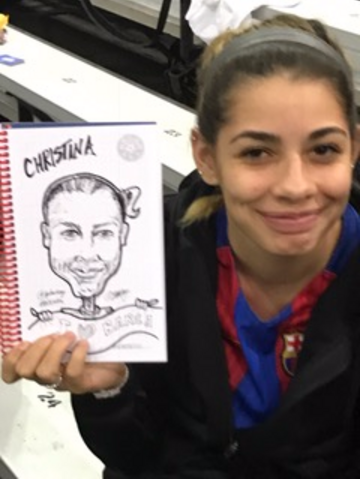 Access over 30 years of coaching experience as a soccer coach in Colorado.  My passion is in "Grassroots Soccer Development." Mentoring can take place on-line, in person or over the phone. 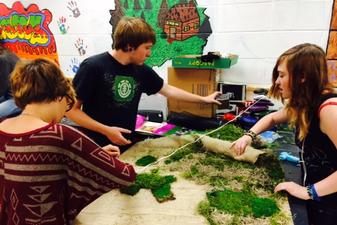 I can help you write, plan, shoot and edit videos that connect you to your customers. 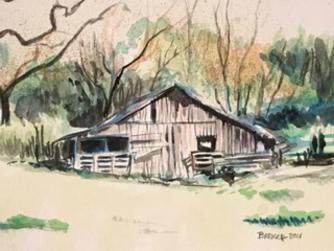 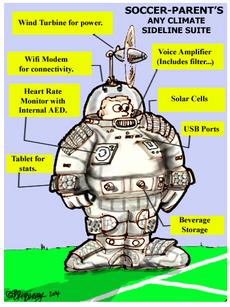 OPTIONS 38 IS A NON-TRADITIONAL PATHWAY TO GRADUATION FOR HIGH SCHOOL STUDENTS.  THE SCHOOL IS IN IT'S FINAL YEAR, AS THE PROGRAM'S APPROACH WILL BE BROADENED IN ORDER TO REACH MORE STUDENTS WITHIN LEWIS-PALMER SCHOOL DISTRICT.  I HAVE BEEN BLESSED TO BE ABLE TO TEACH ART AND FILM STUDIES AT LEWIS-PALMER HIGH SCHOOL SINCE THE FALL OF 2006.  WE MADE THIS DOCUMENTARY LAST YEAR AS OUR FILM STUDIES CLASS PROJECT, AND WE FEEL LIKE IT

DOES A GOOD JOB DESCRIBING WHAT "OPTIONS 38" IS... 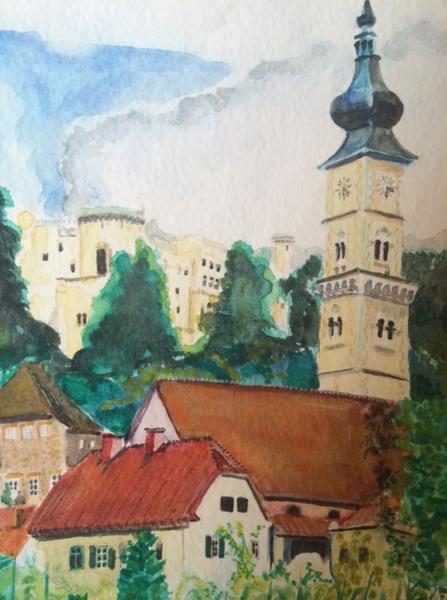 CREATIVITY  THROUGH VIDEO AND SCREENWRITING - A PLEASANT DISCOVERY

I made my first video in early 2000.  Twenty years later, I'm still learning, but one thing is for certain:  I love telling stories.  This love developed from going to the movie theater, watching television and desire to transport somewhere else.  When something I read, watched or listened to was successful in taking me somewhere else, I latched on to it.

Today, I leverage the twenty years that I've spent writing, filming and editing as well as teaching those skills to students.  In 2008 I wrote my screenplay, and followed it with two more.  In August, 2019 I earned a MA in English with an emphasis in Creative Writing and Screenwriting.  There's no doubt that I'm hooked on the creative process as I look to build more stories either through visual arts, digitally or through writing a novel or screenplay.

Selecting artwork for your office ?  Let's talk about what you're looking for and make it happen.   The goal is to create fine art that will echo the values of your company.

The logline is:  A high school soccer coach must redeem himself when his womanizing ways catch up to him, throwing his life into chaos.

Email me at:  brianpbarkey@gmail.com to receive a pdf version of this script.

“The Person Inside the Player”
I loved this phrase the first time I heard it a few weeks ago while watching a segment on NBC Sports Channel.  The EPL had just wrapped up and they were featuring “The Southampton Way”.  Southampton is a gem of EPL clubs in the United Kingdom, with one of the best player development schemes in Europe.  Players are discovered via open tryouts or a scouting network around the age of eight, at which time they’re given a six month trial.  Once players pass their audition, they’re signed on to the club, which then takes care of their education, housing and football development with the hope being that they one day feature for the first team.  The video included some key concepts that the club lives by, that a footballer be a person first, who is well balanced, emotionally stable, happy on and off the field all the while holding to the values of a family.   ​

To read the full article, or other writing samples, please email me at: brianpbarkey@gmail.com)